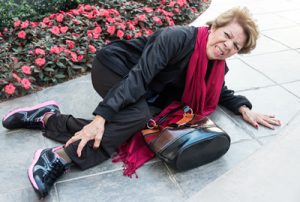 Hearing loss has been linked with a variety of medical, social and cognitive ills, including dementia. However, a new study led by Johns Hopkins researcher suggests that hearing loss may be a risk factor for another huge public health problem, falls. Lin, an assistant professor at the Johns Hopkins University School of Medicine and the university’s Bloomberg School of Public Health, and Ferrucci found that people with a 25-decibel hearing loss, classified as mild, were nearly three times more likely to have a history of falling. Every additional 10-decibels of hearing loss increased the chances of falling by 1.4 fold.

Lin, anotologist and epidemiologist, says among the possible explanations for the link is that people who can’t hear well might not have good awareness of their overall environment, making tripping and falling more likely. Another reason hearing loss might increase the risk of falls, Lin adds, is cognitive load, in which the brain is overwhelmed with demands on its limited resources. “Gait and balance are things most people take for granted, but they are actually very cognitively demanding,” Lin says. “If hearing loss imposes a cognitive load, there may be fewer cognitive resources to help with maintaining balance and gait.”